Our PhD candidate, Yuanrui Sang, won the runner-up prize in University of Utah’s 3-minute thesis (3MT) contest. In 3MT, participants from across campus compete against each other to determine who could give the most compelling summary of their dissertation or thesis in three minutes or fewer.

You can watch Yuanrui’s presentation here: 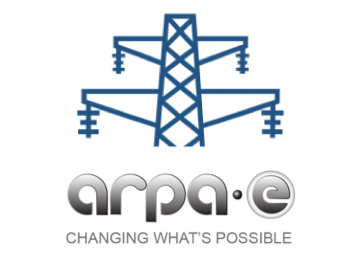 Dr. Sahraei-Ardakani has received a grant from the Department of Energy (DOE) Advanced Research Projects Agency–Energy (ARPA-E) to participate in the Grid Optimization competition. To see the competition announcement by Energy Secretary Rick Perry and a full list of participating organizations, please visit: https://arpa-e.energy.gov/?q=news-item/modernizing-grid-go-competition. 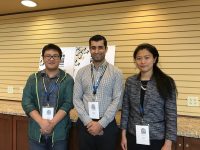 Yuanrui Sang, PhD student in the Department of Electrical and Computer Engineering at the University of Utah, received the best paper award at the 2017 North American Power Symposium (NAPS) in Morgantown, West Virginia.

Yuanrui won this prestigious award for her paper “The Link Between Power Flow Control Technologies: Topology Control and FACTS.” Her advisor, Dr. Mostafa Ardakani is an ECE Assistant Professor and a co-author on the paper.

NAPS highlights the work of graduate students, whose research focuses on power and energy systems. Yuanrui’s paper investigates the interdependence between two power flow control technologies: transmission switching and impedance control. She shows that independent operation of each technology can lead to inefficiencies, which can be avoided through systematic co-optimization. This issue becomes more important as the operators begin to utilize power flow control technologies more frequently. An extended version of her paper, titled “The Interdependence between Transmission Switching and Variable-Impedance Series FACTS Devices” has been recently published in IEEE Transactions on Power Systems.

This award reflects the quality of research at the University of Utah’s power program, and its recognition by the power and energy research community. Ardakani research lab is very proud of Yuanrui for receiving NAPS 2017 best paper award and wishes her a continued successful career.